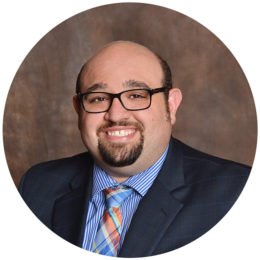 Ted is zealous in his advocacy for his clients and takes a determined and aggressive approach. Prior to joining KLG, he represented clients in Social Security Disability matters before the Social Security Administration and handled mediations before the United States Equal Opportunity Employment Commission. He also sat on the board of directors for the Loyola University Chicago Health Law Society.

Ted has been involved in the off-road hobby for most of his life and enjoys building, modifying, and repairing his off-road vehicles himself. Ted is currently an avid rock crawler and tries to get out on the trails as much as possible in his stretched Suzuki Samurai rock buggy that he built in his garage. Ted is also very involved with the Keep Our Desert Clean organization and sits on the board of directors of their non-profit entity KODC. It was this love of the off-road hobby that drove Ted to create Arizona Off-Road Attorneys.

When he is not out on the trails or working in the garage, Ted enjoys spending time with his wife Meg and their two dogs Marnie and Yeti.

Call or email us today to set up your free consultation with an experienced trial attorney licensed in the state of Arizona!